Decentralization describes a form in which processes, data and much more are no longer managed, carried out, etc. centrally at one location, but are decentralized at various locations, for example. A special form of decentralization is the decentralized blockchain, in which, to put it simply, data blocks are not only strung together, but also have the same data stocks at all “locations”. More on this later.

Most current financial and governmental systems as well as companies and their technologies are controlled from a central location, which means that there is always a highest authority that makes decisions, for example a central bank or a state apparatus, but also companies or technologies like at Amazon the webshop functionality or payments with PayPal.

This has some advantages, e.g. it can be very effective if decisions are made from one place and strictly implemented. Conversely, a major disadvantage of decentralization is that it can take much longer for updates and changes to be applied across all instances, which is particularly disadvantageous in markets that require a lot of speed. You’ll understand why once you’ve read the whole post.

In the end, however, there is always the crucial question: “Who do I want or need to trust?”.

Disadvantages of a centralized system

There are several disadvantages to a centralized system, all stemming from the fact that a central control point can also always be a single critical failure point, which then affects the entire system.

It is the same with centrally run governments, banks, companies, etc. If you are a customer of a company that goes out of business, there is little chance of remaining a customer if no one buys out the technology and continues to operate it. Also, you also have to trust that if you send money through your bank account or paypal etc, it will get to where you intended to send it. You cannot influence it yourself after you have sent the transfer. The rest is up to a central party (i.e. your bank or PayPal) and stupidly their will/willingness to do so.

Or if Amazon blocks your account and refuses to reactivate it…then you have virtually no chance to continue participating because the central entity that owns and controls everything forbids it.

So what is decentralization?

Basically, as described in the introduction, decentralization means that processes/structures/institutions/etc. Are no longer managed/executed/etc. centrally from one place, but from multiple places.

Using data backups as an example:

As an alternative solution to classic data backups on the in-house server, there are also decentralized backup solutions in which the data of one location is transferred to another location of the company (or the boss/owner’s home, etc.) and backed up again there. The logic is that if a location burns down or is flooded, etc., the data is not lost and remains available, as this is the most valuable asset in many companies.

Here, certain data is not simply distributed in a decentralized manner, i.e. data block 1 is at location 1, data block 2 at location 2, etc. as was the case with data backup in the above example. Rather, data blocks 1-6 can be found mirrored at all sites. 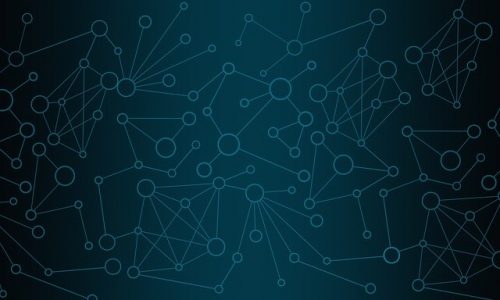 With Bitcoin, anyone can be a site from the above example if they want. Bitcoin was developed this way as a decentralized alternative to government currencies, and since the same data exists on many different sites, a single vulnerability at one site cannot be a cause of failure for the system itself. Thus, this solution is also much more fail-safe and democratic, as all sites have the same rights and virtually no one can be excluded. The underlying technology – the blockchain – allows this decentralization in that, in principle, every user of the system can become a payment service provider and thus has the same rights as everyone else. So there is no one who owns the network, so no one can close your account or impose penalties on you.

Disadvantages of a Decentralized System

What is possible, however, is that you lock yourself out, so to speak, by losing or forgetting your access. In that case, no support can help you, because support only works in a centralized system where someone has administrative rights (company employee) than another (user). Since everyone has equal rights, this is not the case and therefore you have no right to customer support or the like.

There are some advantages and some disadvantages. Decentralization is interesting when different levels of security are important, e.g. resilience, data security (you could theoretically create a blockchain-based social media system where only you control your data and no one else has access. With Facebook, for example, the data is on their servers and we have to trust Facebook to handle it sensitively), system security (hackability, etc.), and many other forms of security.