After the Bitcoin price rose to an all-time high of 48,000 euros on Sunday, it was followed by a rapid and energetic collapse, with a low so far below 38,000 euros. The other altcoins are following Bitcoin and plunging a bit lower, normalizing the market in a worrying way: Is this it now with the rally? Is the bear market already starting now? Or is it just a correction to let out a little exuberance?

As is so often the case, we don’t know the most important thing. The future lies in the turbidity, one can only look at what has already happened and speculate from that what will happen.

What has happened now is that the bitcoin price has plummeted since Sunday. Over the weekend, the price had risen to 48,000 euros, an absolute all-time high, and it also managed to stay in this lofty region for most of Sunday. Then, however, in the night to Monday, the prices plunged abruptly, to be in the evening with a good 44,000 euros already almost 10 percent in the minus. The massacre was repeated the following night on Tuesday, and the price fell by a good 4,000 euros, at times even dropping to 38,000 euros.

From peak to trough, that makes for a loss of a good 20 percent. It looks even worse for other coins. Ethereum had reached just under 1,650 euros on Sunday, had fallen to 1,150 in the meantime and is at this moment at around 1,250. Makes a loss of up to 30 percent. Bitcoin Cash (BCH), which stood at almost 600 euros on Friday but is now trading for only around 410 euros, was hit even harder. Comparable losses run through almost the entire market.

What happened? There is no concrete trigger. Elon Musik thinks the price of Bitcoin is quite high after all; the Swedish Financial Supervisory Authority warns investment firms against imprudently brokering crypto products to private investors. But these are minor media events that usually get lost in the noise of the markets.

Perhaps, however, the market has been so tense that a small hammer can hit cracks that expand into gaping holes. One weak spot this week was probably Ethereum.

On the blockchain, fees escalated to the point that it was virtually unusable; core developers balked at raising the gas limit, so more and more apps migrated to other blockchains, predominantly the Binance blockchain. When the decentralized exchange on this blockchain, Pancake Swap, suddenly saw higher trading volume than Uniswap in one day, the Ethereum scene was almost gripped by panic: Is Ethereum’s network effect not so strong after all? Will the market neither wait for ETH2.0 nor migrate to a Layer 2 – but simply migrate to other blockchains?

Added to this slightly bitchy Ethereum petulance, oscillating between panic and arrogance, was a bit of investor FOMO – Fear of Missing Out. The Ethereum killers became such hot investments that Binance, Polkadot and Cardano have all passed Ripple and now rank 4,5 and 6 in the Coinmarketcap, just behind Bitcoin, Ethereum and Tether. Being even vaguely a competitor to Ethereum is currently the best thing that can happen to a token in the market; investors are buying in so panicked that they even gave Cardano, which can’t yet process smart contracts at all, a market cap of nearly 30 billion euros.

This strange market situation continues, by the way. All Ethereum killers continue to be extremely highly valued, although only the Binance chain has any serious economic activity and Cardano is not even technically capable of becoming the new home of smart contracts.

One might assume, however, that this movement of markets, the migration of liquidity from Ethereum to Binance, the billions of dollars that flowed into the league of Ethereum competitors in a matter of days – that this movement was a bit too sharp, too violent, too jarring for the fragile equilibrium of a market under high tension. And as it happens when you touch something made of glass under tension just a bit too firmly – it shatters. Whatever the future brings for cryptocurrencies, it is here to stay! There are so many possibilities and new services for the finance industry. 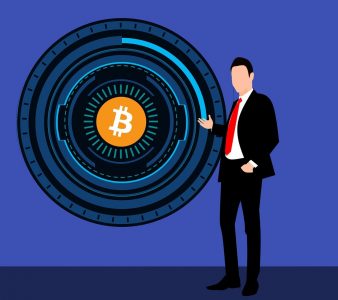 The prices of Bitcoin and all other cryptocurrencies have skyrocketed rapidly and excessively over the course of the last few months. It was inevitable that many investors who have held Bitcoin for some time would now be strongly tempted to cash out, at least in part; indeed, as soon as prices fell, a spontaneous selling panic is likely to have set in for many as well. People don’t like to do it, but before it’s too late, they’d rather get a few hundred thousand euros or a few million out. Or even just a few tens of thousands that you didn’t have before. One wants to go out after all already times with a plus from the investment, if it is already so simple.

The mood is tense, selling is in the air. A short push is enough to trigger shocks. These shocks were particularly evident in Ethereum, with a flash crash on the Kraken exchange that briefly pushed the Ethereum price to less than $700, which was either a mistake by the exchange or a lack of liquidity. In the lending DeFis, on which you can borrow or lend money and tokens, the crash today triggered a liquidation wave, i.e. the forced sale of assets backed by the loans, in the course of which assets worth around $111 million have been sold so far, probably mostly Ether. Which, in turn, may have emboldened the price decline. At the same time, these forced sales led to unusually high activity on the Ethereum blockchain, which in turn further swelled the already high fees – reinforcing the tendency to seek an Ethereum killer with cheaper fees.

So the shakeup in the markets was accompanied by interesting internal shakeups and interactions, especially in Ethereum. But how sustainable are these shocks?

This question is, of course, difficult to answer. The price has been pointing very consistently and unerringly downward since Sunday, and every brief recovery that bounces the price upward is followed by an only deeper fall. It doesn’t necessarily seem like a flash in the pan, so it could have what it takes to depress the market permanently. At the same time, the downward trend is also highly volatile; since I wrote the article, the price was once almost at 37,000 euros, to now be back at almost 41,000. So it can change quite quickly.

In any case, a crash of 20, even 30 percent is indeed violent – but still far too little to be decisive on even a medium-term scale. At a good 37,000 euros, Bitcoin is “only” worth as much today as it was two weeks ago; even Ethereum, which has crashed much more sharply, has only fallen back to the level of three weeks ago. This can be understood as a trend reversal – but until now also gladly still as a small and healthy damper, which only signals that it went up a little too fast so far.

As soon as you zoom out to the one-year view, you’ll see that the general uptrend is still perfectly intact, indeed that even the accelerated rise since January has barely been broken. But of course, that doesn’t necessarily mean that what’s still intact will remain intact; prices, even after the crash, are at a relatively high level that leaves plenty of room for collapses below. Almost everything will depend on whether the market takes the current prices as an opportunity to buy before the expected rocket to even higher prices ignites.

The U.S. accuses hackers from the Democratic People’s Republic of North Korea of committing a plethora of cyber crimes: From hacking a crypto exchange to ransomware to ICO fraud. The prospects of actually bringing the hackers to justice are tiny – but that is unlikely to have been the goal of the spectacular indictment.

When the organs of the American judiciary publish a press release, they usually follow a certain pattern: first, the case is presented, usually relatively dryly and without any discernible dramaturgy. Then, however, follows a battery of quotes in which the directors of the agencies involved excel at inflating the significance of a lawsuit or arrest as much as possible in grandiose terms.

The lawsuit filed by the Justice Department last week in Los Angeles District Court is no exception. The case is a “bright shining example of how a national government can partner with highly professional cybercriminals,” touted Michael R. D’Ambrosio, assistant director of the Secret Service. The public-private partnership in North Korea has committed “financial and cyber crimes on a truly unprecedented scale,” he said.

But the lawsuit is also sensational; world politics in a nutshell: three North Koreans, Jon Chang Hyok (전창혁), 31, Kim Il (김일), 27, and Park Jin Hyok (박진혁), 36, are accused of committing an endless series of cyber crimes as members of the Reconnaissance General Bureau (RGB), a unit of the Democratic People’s Republic of North Korea’s military intelligence service. The North Korean operatives “use keyboards instead of guns, and they steal cryptocurrencies instead of bags of cash,” explains Attorney General John C. Demer of the Justice Department’s National Security Investigations (NSI). 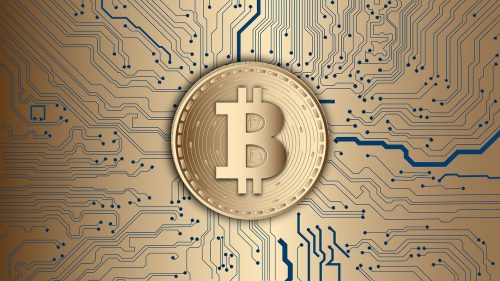 For these acts, the U.S. Department of Justice accuses the three North Koreans of computer fraud and gang-related financial fraud, two felonies that together carry up to 35 years in prison.

The charges are anything but new. It has been considered proven for years that North Korea is behind hacks on stock exchanges, ransomware, the Marine Chain Token, as well as fake apps. In the cybersecurity scene, the North Korean hacking group has long been known by the codenames Lazarus and Advanced Persistent Threat 39. It is unclear, however, of course, how concrete the intertwining between the hackers and the North Korean government is.

One would also like to know how the FBI and NSI investigators got on the trail of the hackers, and how solid the evidence is that an organ of the North Korean government is indeed behind this plethora of cybercrimes. After all, one does not lightly accuse another government of being the head of a gang of virtual crooks. On this topic, however, the press release remains vague. It writes only of “investigations” led by the Los Angeles FBI office, which worked closely with other FBI offices and enjoyed the support of the Secret Service and a “Global Investigative Operations Center.”

Apparently, however, the FBI and prosecutors presented enough evidence to the court to get permission to seize cryptocurrencies that the hackers had stolen from the New York financial services company. The Justice Department confiscated an account on a crypto exchange that held about $1.9 million in various coins. These, the press release promises, will be returned to the victims in the end.

The three hackers, on the other hand, remain at large. The FBI has released mugshots for Jon Chang Hyok, Kim Il and Park Jin Hyok, but the prospects of catching them are likely to be slim. Although they have been seen in China, Russia, and Singapore in the past, they generally appear to remain in North Korea. Park Jin Hyok has been wanted unsuccessfully for involvement in WannaCry since as early as 2018.

What remains, however, is the seizure of $1.9 million in cryptocurrencies. The U.S. government is doing what it can to protect the interests of New York financial firms – even when it comes to cryptocurrencies. Presumably, that is the key message behind the pithy words of the press release.