Instead of lumping all cryptocurrencies together, the Munich-based Blockchaincenter classifies coins into market segments. This creates a fascinating, multi-layered picture of the “crypto market” that tells a lot about network effects.

It is a very interesting and dynamic industry with all kind of new fintech services like crypto debit cards (read more) or bitcoin loans (read more). The current commonly used dominance indicators for the crypto market are broken. That’s because they throw all the coins into each other and then calculate which coin has which market share. That’s like comparing apples not only with pears, but also with oranges.

Holger now offers an alternative on his website. He was inspired to do so by a tweet from the new “Bitcoin CEO” Michael Saylor of MicroStrategy, who is now known for his poetic hymns to Bitcoin, which are not always entirely free of ridiculousness. But what he wrote here does have a point:

Everyone in the crypto industry would win, Saylor said, if analysts divided the market into different segments – crypto assets like Bitcoin, crypto applications like Ethereum, and cryptocurrencies like Tether – and then calculated the specific dominance metrics to identify the respective market leaders.

One can argue about the classification, of course. Why are Ripple (XRP), Stellar (XLM) and Cosmos (ATOM) in the list of “cryptocurrencies” but not Ether (ETH)? What about security and ICO tokens? Why are smart contract platforms and currencies mutually exclusive, but not privacycoins and currencies? Why can Chainlink (LINK) be both a DeFi token (read more) and a smart contract platform? And wouldn’t it make sense to classify Bitcoin as a privacycoin as well, since there are enough mechanisms to anonymize Bitcoins and Bitcoin is also used in cybercrime?

Despite such questions, which could certainly be discussed for many hours, the result is more than interesting: it helps to see more sharply which projects dominate the market in their field. In general, the charts give a much more layered picture of the crypto market than the big pile of coins and tokens that sites like Coinmarketcap slap in front of us, as if that were statement enough.

The market leaders and their competitors 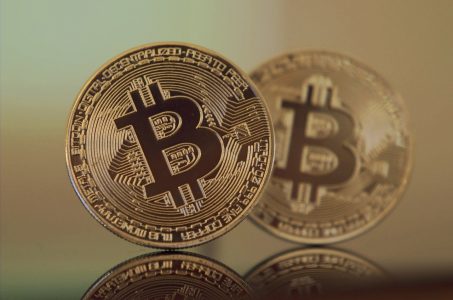 The first chart shows the cryptocurrencies. With a good $250 billion in market capitalization, this is also the largest segment of “crypto.” Bitcoin dominates this area with more than 90 percent, followed by Ripple (XRP) – which really shouldn’t be in this series at all, as XRP is not a currency, but rather a spam protection. As such, Bitcoin Cash (BCH) would be in second place in this category, followed by Litecoin and the privacycoin Monero (XMR). Bitcoin SV (BSV), for whatever reason, was not included in this list. But it wouldn’t change the overall picture either:

Bitcoin has no competition in the cryptocurrency category, and its dominance has been on the rise since 2017. The need for a second cryptocurrency besides Bitcoin seems vanishingly small.

Smart contract platforms are the second strongest segment with just under $70 billion. Ethereum (Ether) dominates this segment, albeit with just over 66 percent. Ethereum is followed by Chainlink, although one may ask whether Chainlink, as a supplier of data to smart contracts, really belongs in this category. This is followed by Cardano (ADA), a project that, as far as I know, has still not become decentralized. EOS and Tron seem to be real smart contract platforms, what Stellar or IOTA lost in this segment is not quite clear to me. Neither have a smart contract engine worth talking about (yet).

The actual dominance of Ether is likely to be higher – especially if the “dominance” of a smart contract platform is not assessed by market capitalization, but by the values processed by the smart contracts … Basically, however, even without this the trend is for the market leader to expand its dominance.

With around $22 billion, stablecoins are expected to be the third strongest segment in crypto. In contrast to the segments presented so far, there is a clear trend towards decentralization here, i.e. towards a decrease in the dominance of the market leader Tether, which now “only” accounts for a good 75 percent. Given the uncertainties surrounding the Tether dollars, this should be a good sign. USDC in particular, but also DAI dollars, were able to expand their position.

It is also noticeable that the market capitalization of stablecoins has been rising rapidly since spring 2020. Unless the curve makes a dramatic bend, this will continue. 2020 seems to be the year of the stablecoins. The youngest segment is probably the DeFi tokens, which still come to just over $11 billion. They are the most decentralized segment and include more projects than any other, with 41 coins or tokens.

Chainlink’s LINK tokens achieve a dominance of 43 percent, but a trend can only be roughly discerned due to the short time span and low capitalization. LINK is followed by UniSwap, Maker, Synthetix and Compound tokens. I’m not sure Chainlink really fits in that well here; if you cut it out, the market capitalization would be quite low, but the segment would be much more decentralized again for that.

In any case, the chart shows a rapidly growing, vibrant ecosystem that is the only one so far to have formed a significant bubble this August, and where a token that has only been around for a few months has already landed in second place.

However, this chart reflects only a tiny fraction of the market capitalization of crypto exchanges. Binance and Bitfinex may be relatively large players, but they are just a small fraction of all exchanges. At less than five billion dollars, privacy coins are the smallest segment of the market. Among them, Monero is the leader with more than 55 percent market share, followed by Dash and Zcash with about the same shares. The other privacy coins are mostly rather unknown coins with a market capitalization of less than 50 percent. Monero’s dominance has been on the rise since mid-2017 and forms a clear, strong trend: developers as well as users and investors see Monero as the most important stablecoin.

Of course, one might ask here whether Bitcoin should not also belong to this category. After all, Wasabi, Lightning and other methods can anonymize Bitcoins quite well. However, the same is true for Bitcoin Cash through CashShuffle, as well as Ethereum through Tornado.Cash. Therefore, the question would rather be whether the peculiarity of implementing privacy at the protocol level actually justifies a separate segment in the crypto market. This is reinforced by the fact that the overall capitalization of stablecoins is rather stagnant compared to cryptocurrencies.

Overall, the charts have been so informative that in the end, we need to note what we have learned and ask ourselves if investors can take profits from it.

Network effects don’t work the same way in all segments 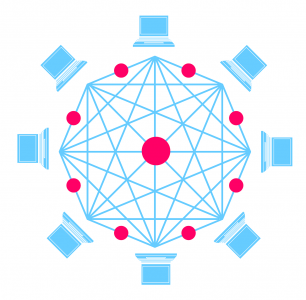 The key findings revolve around network effects: First, there are segments in the crypto market where network effects seem to be crucial: In cryptocurrencies, privacycoins, and smart contract platforms.

As soon as a leader emerges in these segments, it is almost impossible to knock it off its throne, and it continues to increase its market share at the expense of its competitors almost by itself. It seems almost impossible to overtake such a leader by one’s own efforts – for example, through better technology. Even a weakening of the market leader – for example, because of the poor scalability of Bitcoin and Ethereum – has not helped competitors – for example, Bitcoin Cash or EOS – to gain ground. “Flipping” is an extremely unlikely event in these markets.

While it is worthwhile from a technical perspective to look at a coin that does the same thing as Bitcoin, Ethereum or Monero, but better and more sophisticated. However, it is unlikely to make much sense for investors to invest in such a coin. Instead, the interesting coins are those that secure market leadership in a segment.

Second, there are three segments in crypto where network effects seem to be less significant: Stablecoins, exchange tokens, and DeFi tokens. With stablecoins, it’s clear they are a bit like oil or peanuts: The product is always the same, but diversification to a limited number of providers makes the market more antifragile and is a common sign of market maturation. This is what we are currently seeing with Tether, which is continuously ceding market share despite a strong innovation advantage, perhaps because Tether’s trust model is not universally well received, while USDC scores primarily on being a reliable and liquid non-Tether.

The DeFi and exchange tokens, on the other hand, behave more like a stock market – they are tokens that are linked, somehow and sometimes perhaps only in appearance, to the success of an economic venture that is either traditionally-centralized or DAO-style-decentralized. For these tokens, network effects exist as well – for example, when it comes to exchanges – but they do not dominate the market nearly as much as they do for the segments mentioned above. In both cases, this is also reflected in the fact that the “others” have at least as large a market share as the market leader, and that the latter’s dominance index tends to fall rather than rise.

In other words, while with cryptocurrencies, smart contract platforms, and privacycoins it is obviously worthwhile to rely primarily on the market leader, with DeFi and exchange tokens it can be profitable to take a close look at what is on offer and track down tokens with great potential for the future.