The prices of Bitcoin and other cryptocurrencies have plummeted more than ever before. The Corona crisis turns into a crash, the market of all cryptocurrencies loses 100 billion dollars. Alongside, the panic attacks both the Bitcoin and Ethereum networks, with unpleasant consequences for many users.

Yes, that hurt. The bitcoin price dropped by as much as 40 percent in a few days. I don’t recall anything like that ever happening, aside from when a bubble reaches its peak and drops from there. But other than that? Never. Bitcoin fell from more than $9,000 to a low of just under $4,000 in a matter of days – but has since rattled up like to just under $6,000.

I’m not too worried myself. The price has fallen, and it will rise again, which also shows that a crash to just under $4,000 was followed by a recovery to just under $6,000. But this is my personal opinion, which is not justified by anything but a lukewarm feeling, and which is in no way useful as an investment instruction. This can be seen just one hour later: Now the price is back at 5,100 dollars. The uncertainty is great. 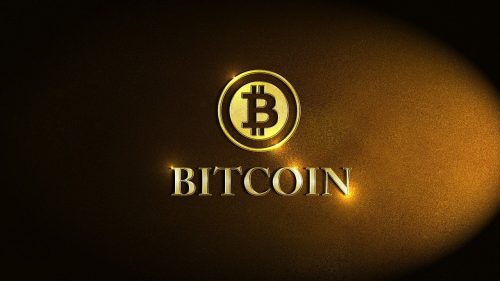 In general, something unsettling is blowing over the current events on all stock exchanges of all markets. The prospect of the world shutting down for a few weeks or months, people being in the office less, traveling less, attending fewer events, and international trade cooling off a bit – that prospect seems to be enough to cause all markets to plummet. This shows a profound uncertainty in the economy, as if markets don’t believe their own worth, and as if everyone knows that everything is built of sand. Or is our current economy really like the cyclist who crashes as soon as he runs out of speed for a moment?

The total market capitalization of all cryptocurrencies fell from more than $260 billion to a low of less than $120 billion during the week, but currently stands at $160 billion with a loss of $100 billion. Chart also from Coinmarketcap.

The really bad news for Bitcoin is that the cryptocurrency cannot withstand the global crash. In all the past years, when the financial crisis exploded first in Cyprus and then in Greece, when new sanctions made the international banking system less efficient, when central banks printed new money and India banned cash – it always looked like Bitcoin was a crisis winner. This time, it’s different. Bitcoin is behaving no differently than a second-rate stock that can’t counter the tumble that is tearing everything down.

Just as unfavorably, volatility is at an all-time high. I wrote about this earlier this week, and the last few days have made the problem worse. Who the hell wants a currency whose price jumps around so crazily? For anyone who wants to use Bitcoin as a payment method, who wants businesses to accept Bitcoin, who wants customers to pay with Bitcoin, who wants suppliers and employees to get Bitcoin – for them, the price turbulence of the last few days is the worst possible news. With the rise in prices from 2017, Bitcoin did not become less volatile, but more; the explanation for this is probably that Bitcoin is just not used significantly more, but much of the capital that flowed into the cryptocurrency is speculation and perhaps investment. Instead of becoming digital cash for the whole world, Bitcoin has apparently become the plaything of speculators.

Volatility doesn’t just hit traders hard. It also interferes with the mechanics of cryptocurrencies themselves. This was evident with both Bitcoin and Ethereum. For more information about BTC trading visit https://www.luckycoiner.com/ or https://www.investopedia.com/.

There is congestion in the mem pool, the capacity of the channels is shrinking

In Bitcoin, a traffic jam has built up in the MemPool of unconfirmed transactions in recent days. Prices are falling and rising and falling even lower, and of course people want to send bitcoins to exchanges because of this. As a result, there are more transactions, but they are hitting a very tightly constrained capacity of about 1.2 megabytes every ten minutes. The result? Transactions remain unconfirmed for a long time, and fees go up.

Currently, it costs 70-80 cents, sometimes more than a euro, to get a transaction into the next block. If you pay too little, say 30-40 cents, you can wait hours, if you pay even less, you can expect days. If you were just planning to transfer your coins to an exchange to sell them before prices plummet further – or if you were planning to do so at what is, in itself, the right moment – you’re in for a big upset. Bitcoin is not only highly volatile, but also extremely slow, it seems, and transaction fees are unpredictable.

Jochen Hoenecke’s visualization of the Bitcoin meme pool. The colored layers indicate the fees of unconfirmed transactions. Currently, anyone who wants to be confirmed in the next block should send a transaction that has less than 1 megabyte of other transactions above it. For this, he currently has to pay around 70-80 satoshi per byte, which is around 90 cents for simple transactions, but can easily jump to 1-2 euros depending on the wallet. Source: Johoe’s MemPool

Those who use Lightning need so-called payment channels, in which they include bitcons. These are then transferred to the destination via several stations of other Lightning nodes. But if the price of Bitcoin falls by 40 percent, the capacity of all Lightning channels also falls by 40 percent. The amounts that can be reliably routed through the network become smaller. At the same time, onchain fees have exploded, which means the minimum amount a L ightning channel must hold to be safe from fraud is also increasing. Some thin channels may already be living a semi-live existence.Bitcoin’s crash thus also affects Lightning’s function as a means of payment.

Ethereum has a very similar problem. Here, too, transaction volume exceeds capacity; there are currently around 70,000 transactions waiting to be confirmed, and fees, called gas prices on Ethereum, have skyrocketed. Ethereum transactions are also becoming expensive and slow, which is also inconvenient because the majority of Tether dollars are on Ethereum. Still unconfirmed transactions on Ethereum according to EtherScan.

A particularly dramatic effect of this was seen on Maker-DAO, the decentralized organization that ties the SAI token to the dollar through the proper use of Ether. The exact background is complex, but roughly speaking, here’s what happened: Because the SAI dollars are backed by Ether, but its price fell, liquidations of the coins held by the members of the Maker DAO occurred. This is perfectly correct and should be so.

However, the markets where the coins are liquidated were not liquid enough. Therefore, it was difficult, if not impossible, for DAO members to get reasonable prices while coins were being sold automatically. At the same time, the network was congested, which is why the actions around the smart contract became expensive. Some of the makers did not even manage to submit their necessary action. The result can be seen in numerous complaints on social media from people who lost hundreds, sometimes even thousands, of Ether as a result.

Maker DAO has been put in a tough spot by the price plunge. The nuclear option for the DAO would be shutdown, an absolute emergency measure designed to prevent further losses of Ether. If this were to happen, several million Ether would flood into the market, possibly building further selling pressure. This could be part of a self-reinforcing spiral triggered by a “black swan”, or very random event – the Corona virus.

Despite everything, the SAI dollar is also good news. This is because it is holding its value of around one dollar. True, the SAI price has also gone through some turbulence in recent days, with a peak of $1.08 and a low of 92 cents. But at this moment, it is back at exactly one dollar. It has caught on, the system is working. After all.