Anyone investing in Bitcoins should understand cryptocurrencies and be aware of the risks. Answers to the most important questions.

Around 5000 cryptocurrencies are estimated to exist. The best known of them, Bitcoin, was first traded in 2009. Since Elon Musk recently declared to have invested about 1.5 billion US dollars in Bitcoin, a new run on digital money has begun. We explain how cryptocurrencies work.

Are bitcoin and other cryptocurrencies money? 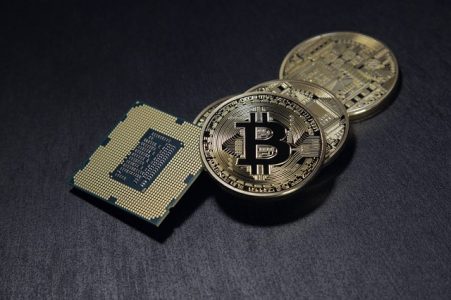 Anyone who wants to acquire them should first deal with the complex system of cryptocurrencies. Transactions with cryptocurrencies mostly take place from user;in to user:in – English: peer-to-peer. The transfers are stored digitally and secured in so-called blocks. These digital blocks are attached to each other – this is how the so-called blockchains are created.

Bitcoin and Co. – What role do blockchains play?

In the “chains of blocks” (chain), the information on transactions is collected and documented like in an accounting system. Transactions are linked together in such a way that they build on each other. Data from previous transactions is repeated in records of new transactions, making the individual transaction tamper-proof. The parties involved each receive copies of the records, so that knowledge resides in many places, not just one.

How do you get cryptocurrency?

Cryptocurrencies can be mined, as the jargon goes. If transactions take place with Bitcoins, they are deposited in blocks, as described above. These blocks are automatically encrypted. Decryption programs crack the digital codes. Whoever is the first here receives coins or fractions of coins as a reward – in other words, cryptocurrency.

In principle, anyone can try to decrypt codes and thus mine coins. In the early years of Bitcoin, many participated. In the meantime, decryption has become very complex. In the meantime, there are special data centers in China, the USA and Russia that crack codes – in some cases with high energy expenditure. According to scientific estimates from last fall, Bitcoin’s energy demand is about 66 terawatt hours (TWh) annually, which is the order of magnitude of the annual electricity consumption of countries like Austria and Norway.

Can you buy the currency with euros?

Online exchanges like FTX or marketplaces offer Bitcoins and other cryptocurrencies against euros. Bitcoin.de and the Bison app are probably the best-known providers from Germany, says Stiftung Warentest. Registration usually takes place via mail address, mobile phone number and bank account. On the marketplace, interested parties post their offers to buy or sell. If the seller and buyer agree, they conduct the transaction directly with each other.
Around 5000 cryptocurrencies are estimated to exist.

“Wallets” for Bitcoin and Co. – Where are cryptocurrencies stored?

The currency is a file on the Internet. What is stored is the key to the block in which it is located. This is secured in “wallets,” which can be downloaded from the App Store or Google Play, for example. The wallet has a public account number – also called a public key, according to Stiftung Warentest’s guidebook “Geldanlage für Mutige.” In addition, there is a private key that only the owner possesses. It must be kept safe. If it is lost, the cryptocurrency is also gone.

Author Tim Schreder reports on the case of a man who accidentally threw away the hard drive with his private keys. Despite all efforts to go through the dump as well, the hard drive and keys remained gone. The Bitcoins were lost.

How many Bitcoins are there?

The number of Bitcoins has been growing steadily since the cryptocurrency was created twelve years ago. According to estimates, there are currently around 18 million Bitcoins. The number will rise to a total of 21 million – according to an internally agreed upper limit of the currency. However, the coins are not only sold as whole units, but also in tiny shares of, for example, 0.1 or even 0.05 coins. The scarcity increases the value of the cryptocurrency.

Bitcoin risk – How risky is investing in cryptocurrencies?

Experts generally advise against investing savings in cryptocurrencies: price fluctuations and lack of hedging systems are the main argument. “Bitcoins are not recommended as a financial investment for consumers due to the existing risks,” says the website of the consumer center. Stiftung Warentest does not consider it impossible that governments could ban trading in cryptocurrencies. 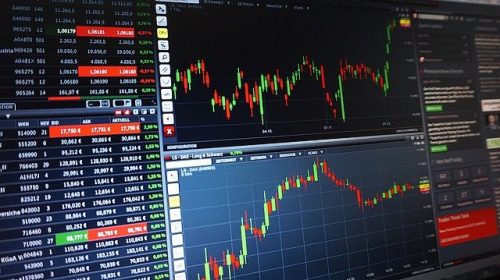 After a recent rapid rise, it is now once again heading steeply downwards. The Bitcoin price temporarily crashes by 10,000 dollars. The value of the entire crypto market shrinks by 300 billion dollars in a few hours. Many cryptocurrencies are, among other things, by rumors of a stronger crackdown on money laundering massively weighed down – have been. Bitcoin, the oldest and best-known of all digital currencies, slumped by around 15 percent at times. Other crypto assets were also hit hard. Ether, the second-largest Internet currency by market value, fell in value by about 18 percent at times before recovering slightly.

The sell-off was triggered by rumors that the U.S. Treasury Department could step up its crackdown on the use of cryptocurrencies for money laundering. This was reported by several websites specializing in crypto securities news. Likewise, the rumor was on relevant Twitter accounts from the crypto scene. However, sharp price drops even without clearly identifiable triggers are not uncommon for Bitcoin and other cryptocurrencies, especially after steep price increases as recently.

The Bitcoin price fell on the Bitstamp trading platform from a good $60,400 to around $51,540 at times. In the morning, one Bitcoin then cost around 55,000 dollars. Only last week, the price had marked a record high of almost 65,000 dollars. The Ether price collapsed from about 2430 dollars to about 1925 dollars and was last at 2125 dollars. Other cryptocurrencies such as Litecoin or XRP also dropped sharply in some cases. The market value of all 9000 cryptocurrencies fell from around 2.2 trillion to around 1.9 trillion dollars.

The recent price slump shows that digital currencies remain highly volatile despite their steep rise. In recent months, Bitcoin and Co. had benefited greatly from increasing interest on the part of large companies and financial investors. For example, the Bitcoin price had roughly doubled since the beginning of the year and increased roughly six-fold since the fall. Other crypto stocks had also made strong gains. However, the reputation of the entire market remains tarnished. One constant accusation is that digital currencies can be used for illegal purposes due to high anonymity in the payment process. Accordingly, state institutions such as regulators or central banks are critical of the goings-on in the crypto market. Most recently, Turkey banned payments in digital currencies effective at the end of April. India is also reportedly working on a complete ban of cryptocurrencies.