For Iran, cryptocurrencies are interesting – both as an export commodity through mining and as a means to circumvent painful sanctions, not as much for private trading [1]. Now the government apparently wants to support miners. Natural gas is likely to come into play as the primary energy source.

According to a report in the Iranian newspaper ibena.ir, the government of Iran wants to support the mining of cryptocurrencies. The report stems from an interview with Amir Hossein Saeedi Naeini, a representative of IIG, an Iranian business association of information and communication technology.

Iran is an attractive location for mining thanks to favorable energy conditions. Naeini explains that several large industrial miners have already set up shop in the Middle Eastern country. However, he says this is far from exhausting the potential. Currently, electricity tariffs prevent smaller companies and individuals from entering the mining sector. However, the government wants to change this and offer miners discounted electricity prices. They would receive electricity at the average price at which it is exported, and natural gas for 70 percent of the price in Iran.

The country welcomes miners as a fast-growing industry. However, Iran has also had bad experiences with the miners. For example, they have tapped electricity subsidized by the government for mining; the government subsequently seized about 1,000 mining machines at two abandoned factories. These machines would have increased electricity demand by 7 percent; which, at 1,000 devices, seems too much for all of Iran and presumably means regional consumption. The Google translation is not always clear.

For Iran, cryptocurrencies are useful economically. They can mitigate the painful financial sanctions. Since the U.S. imposed sanctions, many non-U.S. banks are also blocking financial transactions with companies in the country. SWIFT, the Brussels-based international payments network, voluntarily joins the blockade of U.S. banks. This makes it difficult to import foreign exchange, foreign currency, by companies exporting goods, which in turn makes it difficult to import goods from other countries. As an export commodity, the cryptocurrencies being mined should help bring back more foreign currency imports, Naeini explains. They can also help circumvent sanctions, which can spur growth in the IT industry, among other things.

Overall, Naeini says, crypto-mining has the potential to become a market of – this is where the Google translation gets ambiguous – $1.5 billion to $8.5 billion market. Given Iran’s GDP of just under $400 billion, that would be between 0.5 and 2 percent of GDP. This would be a significant portion of the 0.1 to 1 percent economic growth expected in the coming years and would help arrest the current contraction of the economy.

Mining with the cleanest fossil fuel 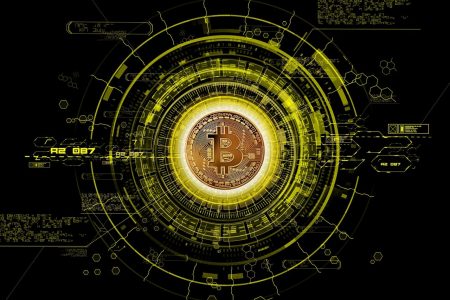 Natural gas is probably the most viable energy source for crypto mining in Iran. While this is a fossil fuel – and therefore non-renewable – it is the most environmentally friendly and CO2-neutral of these. Critically, however, extraction and processing often emit CO2 as well.

Iran is the world’s third-largest natural gas producer after the U.S. and Russia, but is growing much faster than them. The amount produced has almost quadrupled since 2000, from 60.2 to 223.9 billion cubic meters (2017). Iran has the second largest natural gas reserves in the world. In addition, the country also has the fourth largest oil reserves in the world. Wikipedia therefore calls it an “energy superpower.”

The cheaply available natural gas provides a very large part of Iran’s energy supply. The comfortable commodity situation also makes Iran a heavy energy waster. There is, according to Wikipedia, a significant amount of wasted – or unused – electricity worth six billion dollars. But the figure goes back to 2008 and should be taken with a grain of salt. For example, Iran recycled only 28 percent of the oil and gas it consumed during that time, he said, while other countries reach 60 percent. There is also a large gap between the electricity produced and consumed, likely due to outdated distribution technology as well as insufficient flexibility of power plants. Crypto-mining could help make profitable use of electricity that is produced anyway but not consumed.

Iran heavily subsidizes oil, gas, and energy, which is why per capita energy consumption is significantly higher than in Japan or the EU. While these ratios appear to have adjusted since 2008, per capita CO2 emissions in Iran remain somewhat higher than in Europe.

Iranian engineers are capable of building power plants on their own and also export their know-how to neighboring countries. However, Iranian power plant construction is still mostly based on international cooperation with investors and construction companies. The government plans to increase power capacity from the current 80 gigawatts to 120 gigawatts by 2025. At present, Iran can cover its own consumption, but at peak times it still has to import electricity from neighboring countries. Overall, however, the country is a net exporter of electricity and has been able to significantly increase its exports in recent years.

In order to both improve domestic supply security and increase electricity exports, numerous additional power plants are to be built. However, the companies involved in this project – such as Siemens or a South Korean company – as well as an investor from Turkey are currently reconsidering their business relationship because of the sanctions. Chinese companies, on the other hand, seem less bothered by the sanctions. The government also wants to strengthen renewable energies, especially solar and wind. Although their share of the electricity mix is still low, it has been rising in recent years.

Overall, the expansion of electricity supply seems to have stalled somewhat in recent years. Steam turbines have not been expanded at all (are still producing 15,829 MW), gas minimally (26,420 MW to 27,532 MW), and somewhat more “combined cycle” gas turbine power plants (from 18,494 to 20,270 MW). Diesel generators also did not expand further and continue to represent a very small share at 439 MW, while hydropower increased somewhat (from 10,785 to 11,881 MW) and nuclear stagnated at 1,020 MW. Renewables are growing rapidly but remain almost insignificant at 364 MW.

Financial sanctions are hampering Iran’s energy transition, for which cleaner gas-fired power plants as well as the expansion of hydropower and renewables are crucial. Especially from this point of view, it would be important to circumvent the sanctions in the fight against global warming. Cryptocurrencies [2] could thus not only provide the country with economic growth – but also help it to drive forward the energy transition.